Around 2009 I had a check engine light come on and it would not go away. There were no drivability issues related it, but the vehicle could not pass a smog inspection on account of it. As a result I allowed the registration to lapse and resolved to only trailer the vehicle when I wanted to use it for off-roading. Recent information from a friend of mine in the towing business made me aware that I was in danger of getting my jeep towed and held hostage without current tags or a non-operation permit. Because of this I resolved to settle the issue of the check engine light.

Luckily I had a OBD2 Code Reader, which allowed me to see what the jeep’s computer thought the problem was. The reader showed the following codes:

These errors mean that the heater inside the oxygen sensors are not working. These two sensors are located downstream from the catalytic converter. Online research suggested that since these heaters are powered by the same relay, that the issue is related to the relay rather than a simultaneous malfunction of the heaters themselves. It could also have been the fuse that feeds power to these relays (fuse #17 shown in diagram below). In my case the fuse was OK, so moving on to the relay.

I checked the relay and although it worked, the contacts had high resistance (60 ohms) where there should be almost none. Replacing the relay fixed the problem once and for all. At that time I replaced all the relays of the same type to prevent the same occurrence in the near future.

The replacement relay I used is this one Standard RY612

Below is a diagram of the Power Distribution Center, located inside hood just on top of the passenger wheel well. 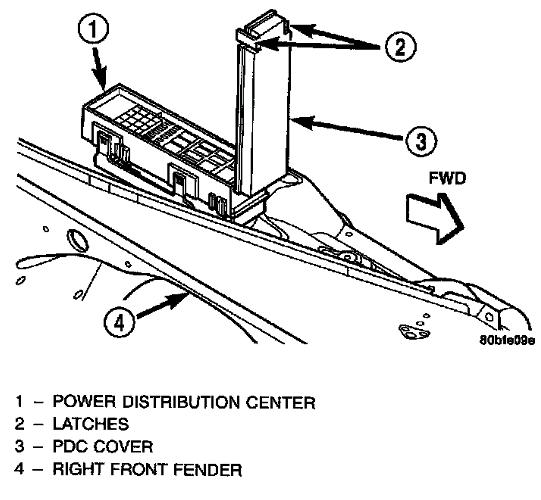 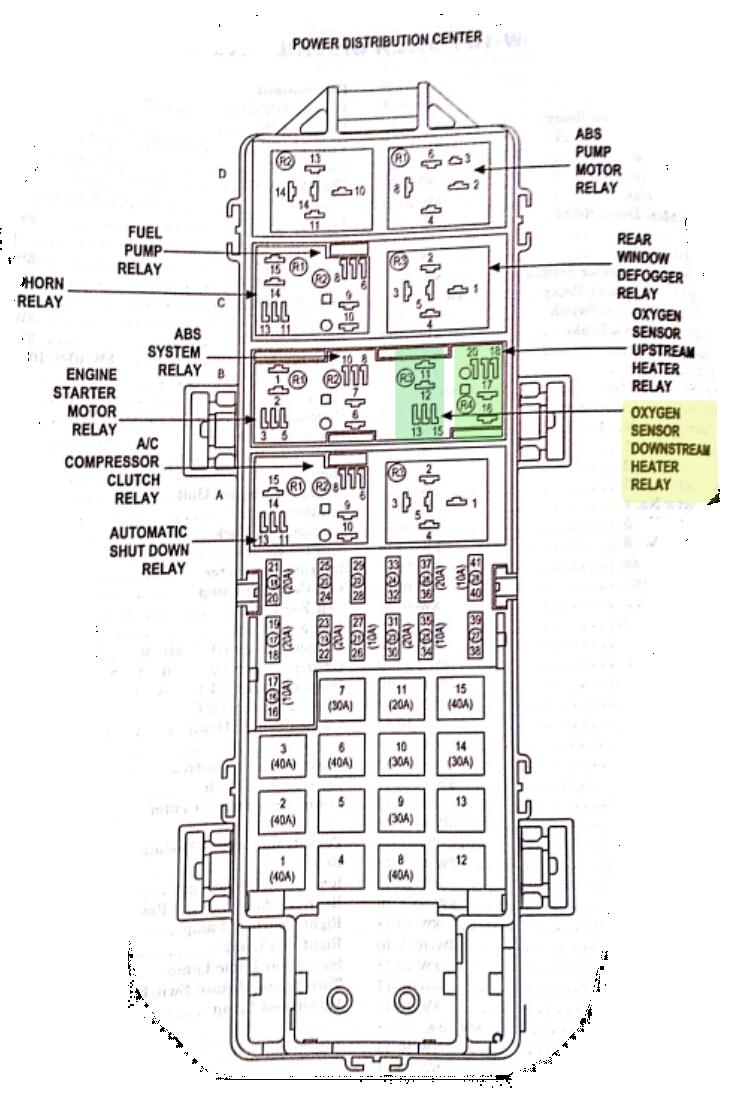